There is much to be said about the value of making mistakes.  I can say with all honesty that I have learned much more from my mistakes than my successes.  Don’t get me wrong — I enjoy the times that I succeed much more than living through a mistake!  Mistakes make us think, and when we think, we look for opportunities to change and to grow.

I want to express appreciation to my resources, Sir Ken Robinson and Tara Suri & Niha Jain, who have developed an appreciation for failure.  One of my favourite quotes was quickly jotted down after listening to Sir Ken’s speech about creativity:  “If you’re not prepared to be wrong, you’ll never come up with anything original”.  Consider also the concepts shared by Tara & Niha, who proudly began their presentation by stating “…I am a failure”.

I’m fairly certain that nobody likes to fail.  In fact, mistakes are often hidden, discarded and buried in the hopes that we never have to face them again.  Well, what if we could appreciate what they taught us?

One of my students experienced a set-back today while creating a silk screen design on a t-shirt.  After having most of his project completed, I could see his anticipation and satisfaction throughout other stages of his design work.  Have a look: 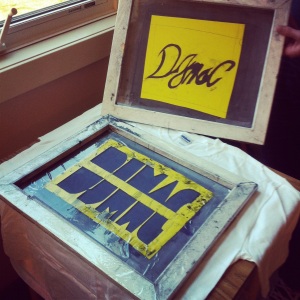 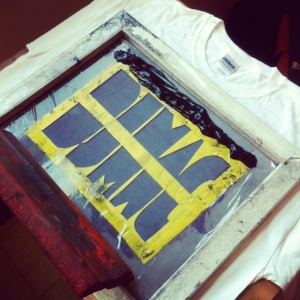 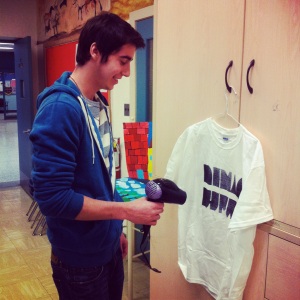 First layer dried and done!  Now, on to the next challenge… 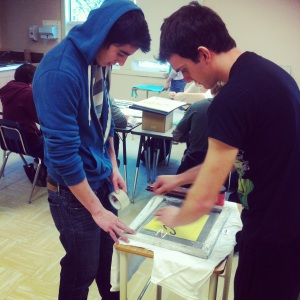 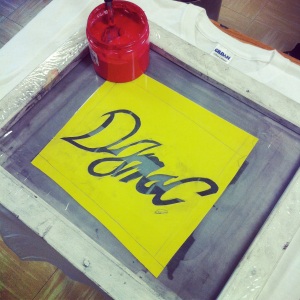 When we got to this stage, we knew the results would not necessarily be predictable.

We wanted to make a layer of these stylized red letters on top of our first layer of letters (shown above).

Some students would be really frustrated at this point, and although there was a bit of disappointment, we knew we had a problem to solve.  There were some suggestions made by classmates as well as a few more attempts to use the squeegee, but these trials didn’t work out either.  Only when we decided to toss the squeegee & rub the ink through the screen were we finally able to see the results we had hoped for. 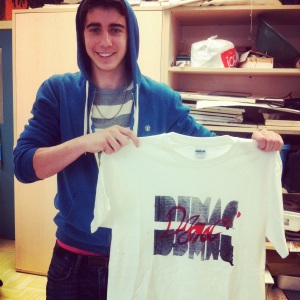 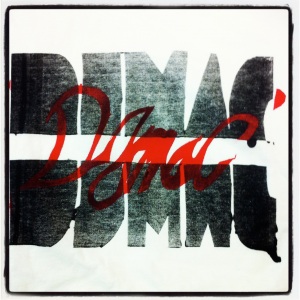 In everything, there must be a balance.  Too much of a good thing (such as success) can spoil us; too much of a bad thing (failure) can deflate us.  A bit of both can make us appreciate the difference.

I want to thank J.A. (and his parents) for allowing me to present the photos and video that have documented his artistic endeavours.  I admire those who manage to pursue their goal despite obstacles that may temporarily stand in the way.