Constant conversations are at the heart of our work together: especially while we're creating new goals and finding ways to reach them. #artsed #TLLP

Dylan’s story is just beginning, and I’m happy to share some details with you (thank you to Dylan — and Dylan’s Mom — for allowing me to post this).

Dylan and I have had several conversations since he took my class last year.  He knew that there was quite a bit of choice available in my courses, and we regularly discussed new ideas for artworks.  When this semester began, we were both pretty excited about some new possibilities!

His newest goal:  learn how to make a large bowl using the potter’s wheel —  big enough to eat a lot of cereal.  I told him it was a great goal, and that if he managed to figure it out, I’d buy him a box of his favourite cereal:  Cinnamon Toast Crunch.

Dylan has tried using the potter’s wheel before, but he struggled with a few things like centering the clay and pulling up the edges.  I offered to take a video of him while he was working — that way, we could share the video with experienced potters who might give him some solid advice.

When the video was posted, we shared it on Cherrico Pottery’s Facebook page and on “High School TAB”, which is a group on Facebook dedicated to Teaching for Artistic Behaviour at the high school level. 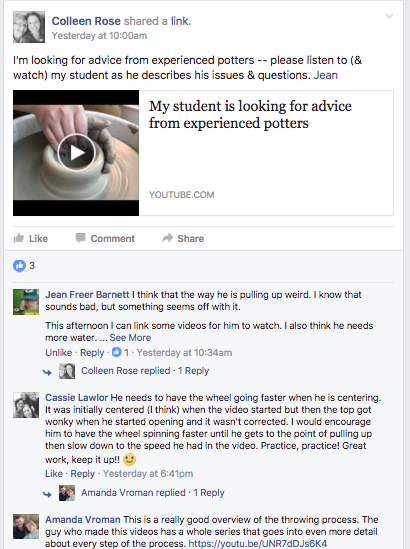 During this morning’s class, we read through each response and replied to people when we needed more clarification on their instructions.  After reading each suggestion, Dylan chose to watch one of the videos that were recommended in our post…

I gave him some time to get set up at our pottery station and work on getting his clay centered.   By the time I pulled up a chair to watch, he had centered his clay — something that had been a huge challenge before — and was thrilled that it was much easier than it had been in the past.  He described how he had used the techniques in the video and showed me a few tips.

After a while, I felt like a little kid, watching someone who’s working in the kitchen — there’s just something wonderful about seeing an artist work.

I’m pretty sure that we were both really excited when we realized what was happening — he was really improving!  He had created a vessel today that was larger than yesterday’s, with more consistent wall thickness and a better form.  Wow!

Dylan is proudly displaying a few of his vessels that were created on the potter’s wheel.  #1:  a small mug that he created last year;  #2:  A bowl he made yesterday; and #3:  today’s wide cylinder/bowl.

There are some moments in class that I don’t want to forget, and today’s experience is definitely one of them. 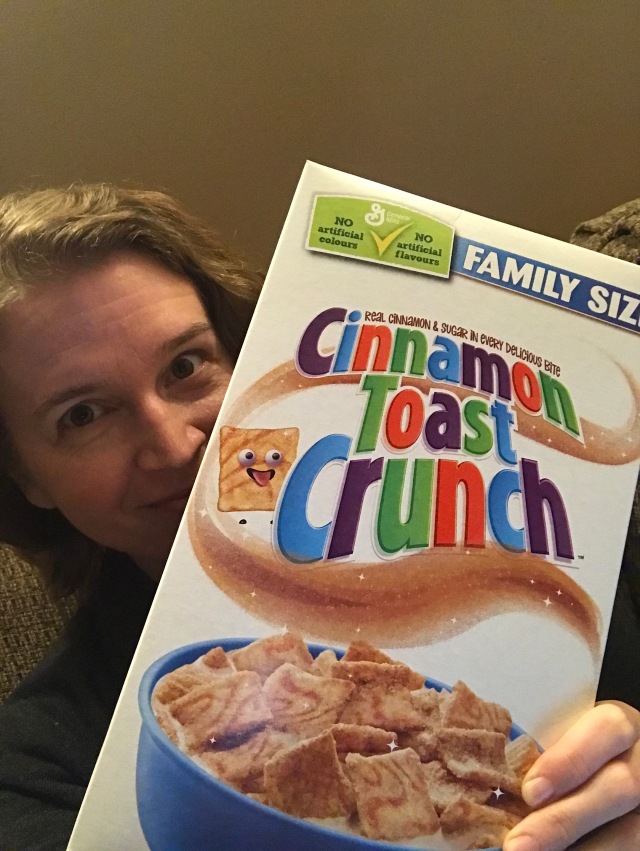